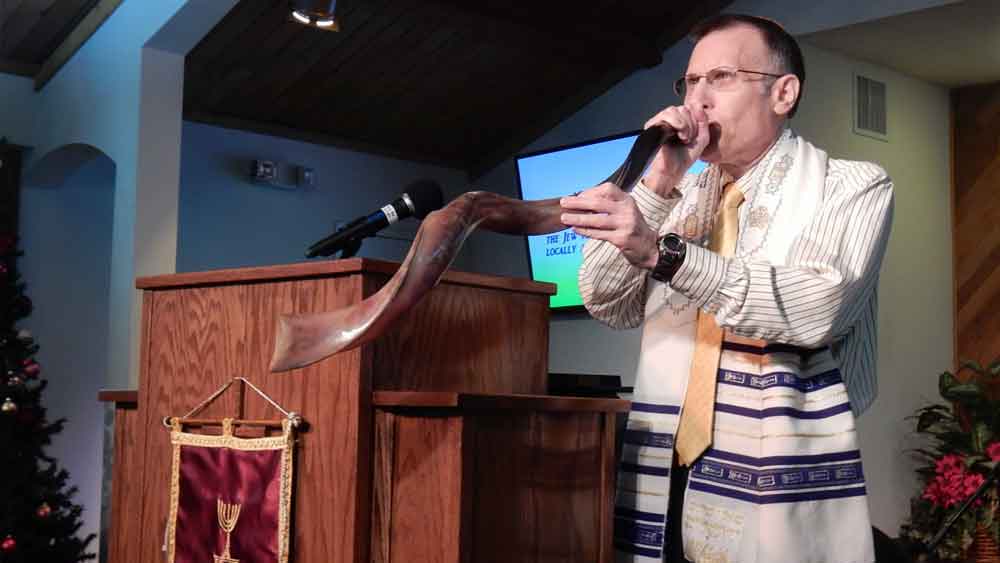 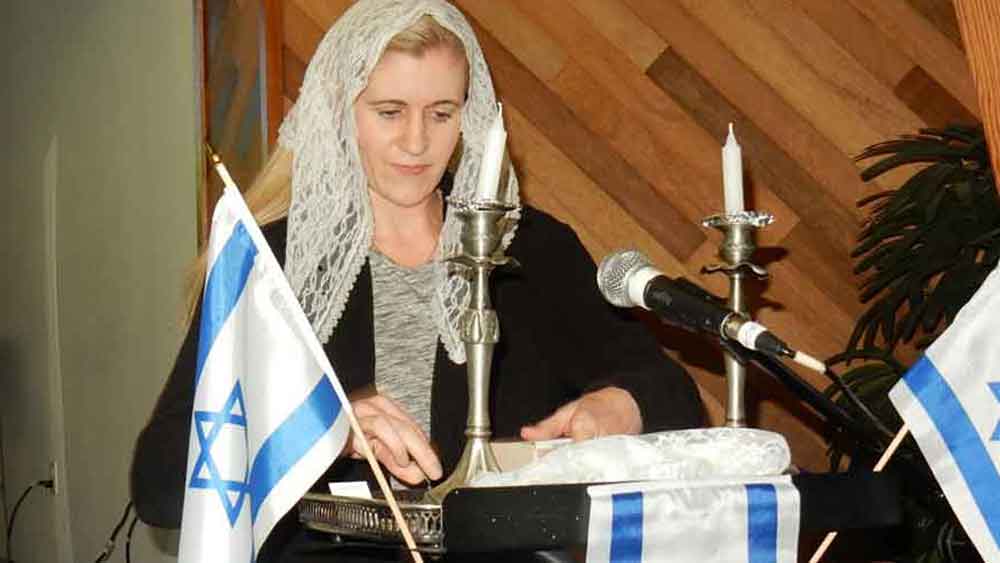 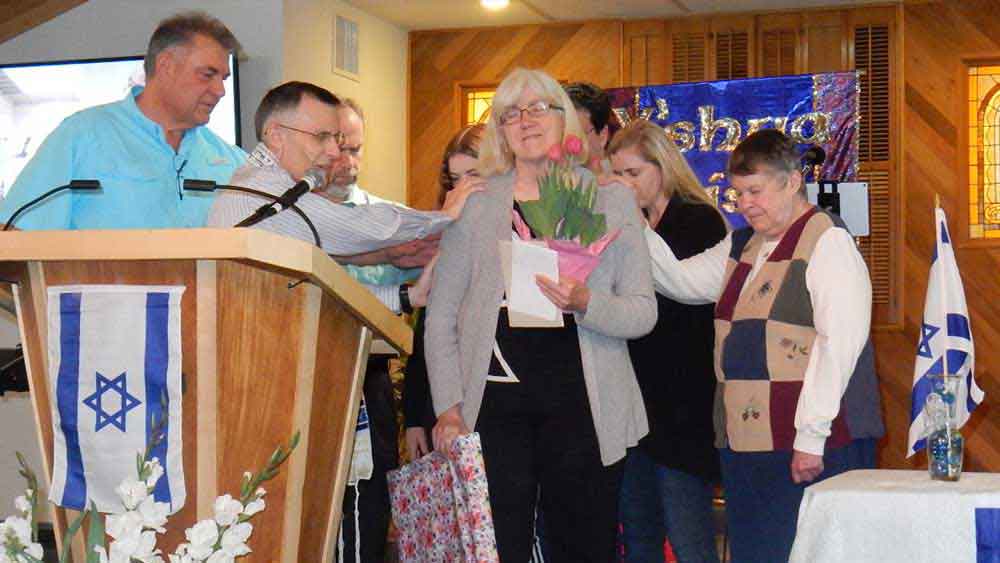 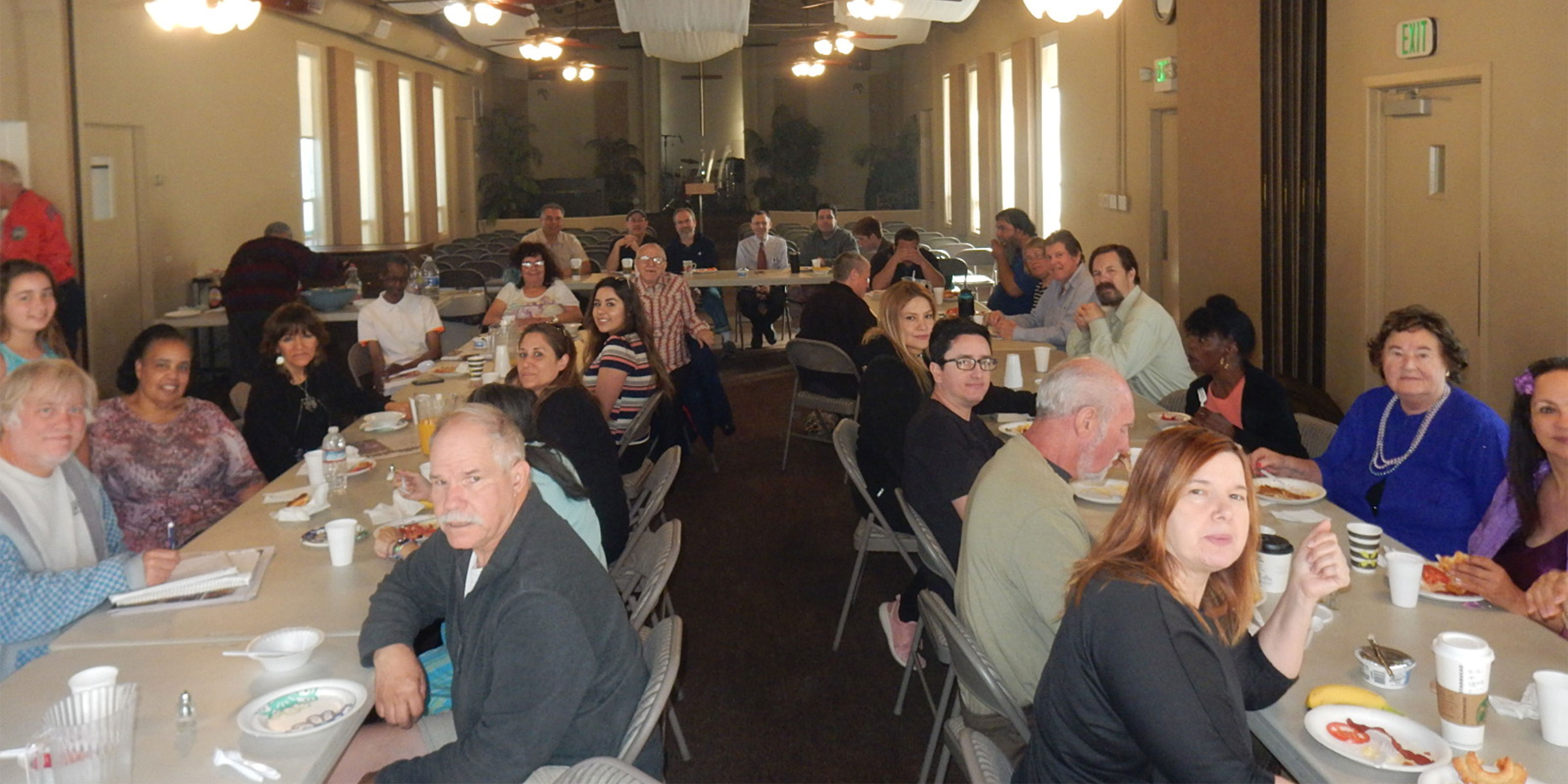 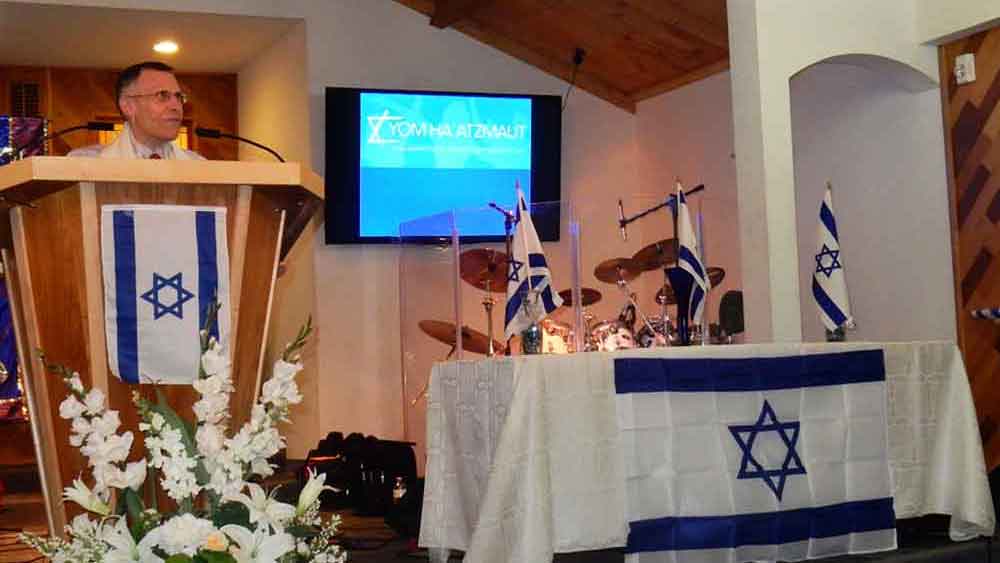 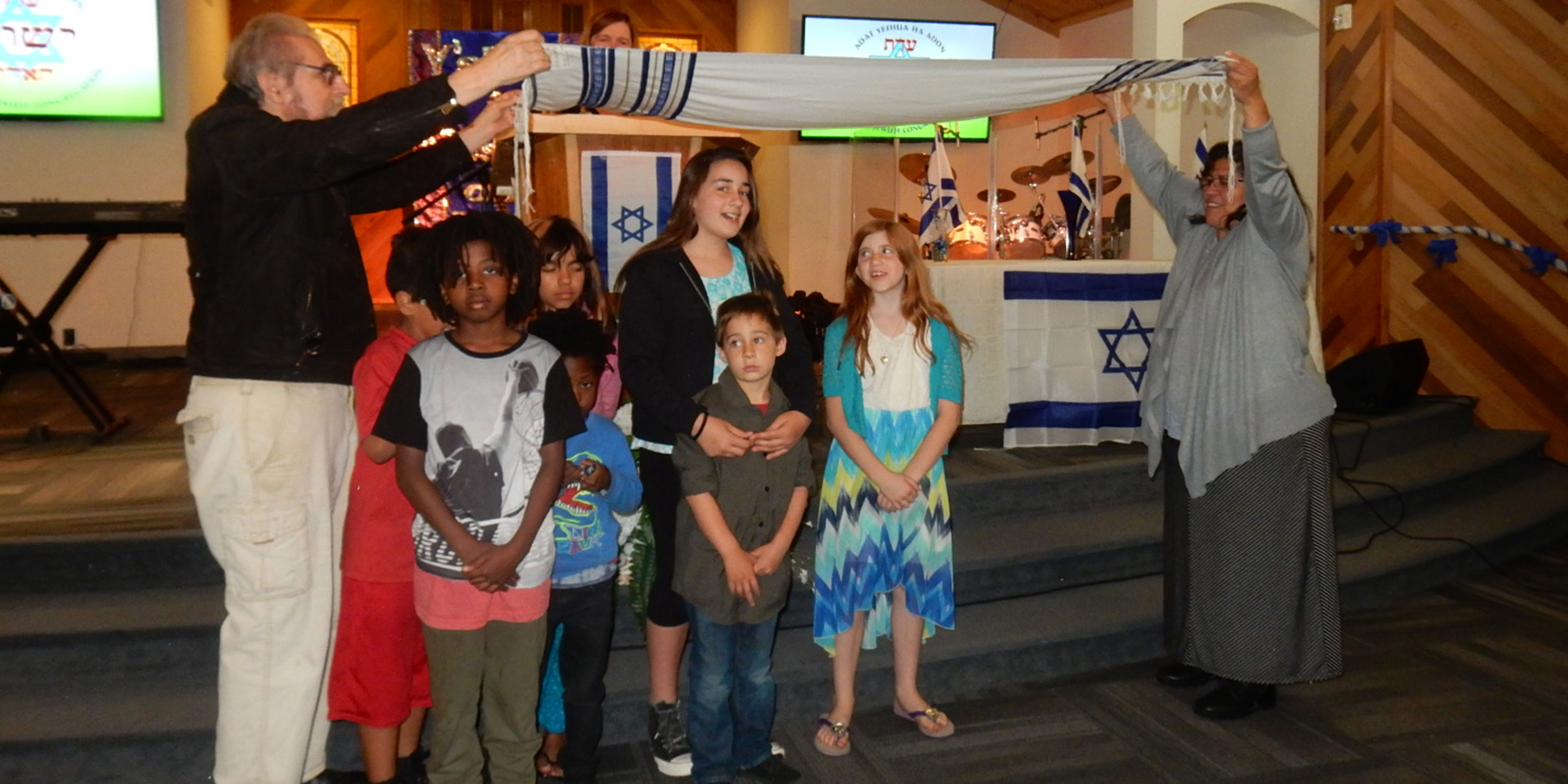 Yeshua is the Hebrew name for 'Jesus'. Yeshua was a Sabra or native Israeli who was born around 2000 years ago in Israel. He was raised and lived as a Jew. History records that He died around 33 AD, related to Passover. Then the Scriptures and changed lives since then, testify that He rose from the dead on the third day, which was a Jewish holiday, Chag Bikkurim (Feast of First Fruits). He ascended into heaven around 40 days after His resurrection. And He promised that He is coming back.

The Scriptures also show that Yeshua was more than just a man. He was also Deity, namely the Son of God (Matthew 16:16).

Isaiah 9:6 For a child will be born to us, a son will be given to us and the government will rest on His shoulders and His name shall be called Wonderful Counselor, Mighty God (El Gibor), Everlasting Father (Avi Ad), Prince of Peace (Sar Shalom).

Zechariah 12:19 And I (YHWH) will pour out on the house of David … the Spirit of grace and supplication, so that they will look on Me (YHWH), whom they have pierced; and they will weep bitterly over Him, like the bitter weeing over a first-born.  (When was YHWH, the God of Israel, pierced? When Yeshua died on the cross around 2000 years ago!)

Why is Yeshua the Messiah?

I. We know that Yeshua is the Jewish Messiah since He has fulfilled so many of the Messianic Prophecies in the Hebrew Scriptures, and the ones that He has not fulfilled yet, He will fulfill when He returns one day. For example:

1. Yeshua fulfilled the prophecy that the Messiah would be born a Jew of the descendants of King David.

2. Yeshua fulfilled the prophecy that the Messiah would be born in Bethlehem.

Micah 5:2 says, "But as for you, Bethlehem Ephrathah, … From you One will go forth for Me to be ruler in Israel. His goings forth are from long ago, From the days of eternity."

3. Yeshua fulfilled the prophecy that the Messiah would ride as king into Jerusalem on a donkey.

Zechariah 9:9  ….Behold, your king is coming to you; He is just and endowed with salvation, …mounted on a donkey …

4. Yeshua fulfilled the prophecy that the Messiah would be rejected and die for the sins of the people.

Isaiah 53:4-5 says, ‘:4 Surely our griefs He Himself bore, … :5 But He was pierced through for our transgressions, He was crushed for our iniquities; ….And by His scourging we are healed.’

5. Yeshua fulfilled the prophecy that the Messiah would be rejected and die before the destruction of the Second Temple and Jerusalem in A.D. 70.

Daniel 9:25-26 predicts, :25 … from the issuing of a decree to restore and rebuild Jerusalem until Messiah the Prince … :26 "Then after the sixty-two weeks the Messiah will be cut off [or killed] and have nothing, and the people of the prince who is to come will destroy the city [Jerusalem] and the sanctuary [Temple]…’

6. Yeshua fulfilled the prophecy that the Messiah would be crucified.

7. Yeshua fulfilled the prophecy that the Messiah would die with criminals but pray for His enemies.

Isaiah 53:9 ‘His grave was assigned with wicked men’, 12 ‘And interceded for the transgressors.’)

8. Yeshua fulfilled the prophecy that the Messiah would be raised from the dead.

Psalm 16:10 ‘Neither wilt Thou allow Thy Holy One to undergo decay.’

Yeshua has fulfilled many more than 48 Messianic prophecies (some estimate as many as 300 prophecies!) So it is mathematically impossible for Yeshua not to be the Jewish Messiah!

II. We know that Yeshua is the Jewish Messiah because of the countless Jewish and Gentile lives He has transformed for the better over the last 2000 years.

It is estimated that there are around 300,000 Messianic Jews worldwide (Jewish people who have recognized Yeshua as the Jewish Messiah). There are around 200,000 of them in the United States and around 20,000 of them in Israel. There have been conservatively hundreds of millions of true followers of Yeshua (both Jews and Gentiles) over the last 2000 years.

The fact that they came to know the God of Israel in a personal way and their lives were changed for the better through following Yeshua also supports that Yeshua is indeed the Jewish Messiah.

How to receive eternal life with God

Daniel 12:2 "And many of those who sleep in the dust of the ground will awake, these to everlasting life, but the others to disgrace and everlasting contempt."

But your iniquities have made a separation between you and your God, and your sins have hidden His face from you (Isaiah 59:2).

‘For the life of the flesh is in the blood, and I have given it to you on the altar to make atonement for your souls…' (Leviticus 17:11);

But He was pierced through for our transgressions, He was crushed for our iniquities; The chastening for our well-being fell upon Him, And by His scourging we are healed. (Isaiah 53:5)

Then he believed in the LORD; and He reckoned it to him as righteousness. (Genesis 15:6).

For whoever will call upon the name of the LORD will be saved (Romans 10:13)

If you want to trust Yeshua as your Messiah and receive Eternal Life, pray the following Prayer:

God, I know that I have sinned, and I need your forgiveness.
I am willing to turn from my sin. I believe that Yeshua is the Messiah, and that he died on the cross for my sins personally, and rose from the dead on the third day.
I now trust Yeshua to come into my heart and life, forgive me of all my sins, and give me eternal life.
I am willing to follow and obey Yeshua as the Lord of my life. AMEN
If you just prayed this prayer and really meant it with all your heart, then God heard your prayer and has forgiven you of all of your sins, and has given you eternal life.

Now, get involved in some local congregation of believers in Yeshua (Jesus), and tell someone that you just made this decision for Yeshua.

Please contact us to let us know of your decision. You can call us at (818) 222-0200 or you can go to the Contact page on this website (see main menu) and contact us. We would be delighted to assist you in beginning your new life in Messiah Yeshua, and answer any questions that you may have.