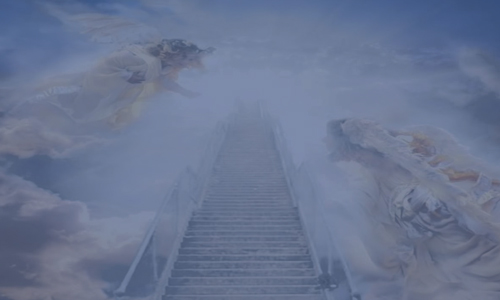 I was born and raised in Laurel, Mississippi and was the youngest of a family of five. My father was a Jewish immigrant from Bela Russia back in the early 1900’s. During my younger years our family used to attend a Reformed Jewish synagogue in a neighboring city. But after my father almost died of health problems, our family stopped attending the synagogue regularly. But we did continue to celebrate Passover in our home and identify as Jews. Though I was a cultural Jew for much of the time I was growing up, I always thought that I was a good person and that I loved God, but it wasn’t until later though that I found out what true love for God was all about.

When I finished high school I enrolled at Georgia Tech and majored in computer science there. During my first three years of college, I wasn’t very interested in spiritual things but still considered myself a Jew in belief. But during that time I was given a pocket New Testament by the Gideons. Even though I wasn’t interested in the New Testament, something told me to hold onto it, I might need it sometime for something. So I put it away and basically forgot about it.

Then during my Senior year in college I did get more interested in spiritual things. I moved onto a different hallway of my college dormitory that was commonly referred to as `God’s Country’ because of a number of Christians that were living on it. During my year in ‘God’s Country’ I saw many good qualities in my Christian friends’ lives, which weren’t in mine. They tended to have a happiness and inner peace about themselves which I knew that I didn’t have in my life but I wanted it. They always told me that it was because of Yeshua that they had this peace and happiness in their lives and that caused me to wonder about Him.

`Was Yeshua really God’s Son or not?’ I had heard arguments for and against Yeshua all my life, and the only thing that I knew to do was to pray to God and ask Him to show me the truth about Yeshua. I remember praying in my dorm room one night: God, if Yeshua is really your Son, then I want to love Him as I love you, but if He is not your Son, then I don’t want anything to do with Him. I prayed that prayer off and on for over a month and then just out of curiosity I started reading in the New Testament that the Gideons had given me just to see what it said about Yeshua. As I read it, God literally opened my eyes and I fell in love with Yeshua just reading about Him. As I read in the New Testament, I was reminded by verses like Romans 3:23, that I was a sinner in God’s sight, and that I deserved to be punished for my sins. But then I also read in verses like 1 Corinthians. 15:3 that Yeshua had come to earth to die and be punished for my sins, and that according to John 3:16 I could receive eternal life or go to heaven when I died by trusting Yeshua for the forgiveness of my sins. So on Good Friday of my Senior year in college, I realized that what I had been reading in the New Testament was the truth, and that Yeshua was our Jewish Messiah and indeed God’s Son. So I trusted Yeshua for the forgiveness of my sins, and gained eternal life. And after that the God of Israel became real and personal to me and I gained a peace and joy in my life that I had never had before. Also I gained a confidence that whenever my time came to leave this world, I would go spend eternity with God.

After I graduated from college, I went to work for IBM in Chattanooga, TN for 6 years doing sales support work, and got involved in a local congregation, and a Bible study. Over time I had an increasing desire to want to serve God. So after praying about it for a couple of years, I came to the conclusion that God wanted me to leave IBM and go into vocational ministry. So I left IBM and attended Dallas Theological Seminary for four years and after graduation became a pastor of a Southern Baptist congregation for five years in Macon, Georgia. And then since 1992 have been ministering at Adat Y’shua. I am so thankful to be a Messianic Jew, who can live out my Jewishness, but believe in Messiah Yeshua!